We will meet via Zoom for a discussion of the life of a truly amazing woman, Elizebeth Smith Friedman, the founder of modern cryptography. On Jan. 11 PBS AMERICAN EXPERIENCE aired The Codebreaker program about Elizebeth Friedman. It’s available online now via Passport or Amazon Prime. This video program is based on the book, The Woman Who Smashed Codes: A True Story of Love, Spies, and the Unlikely Heroine Who Outwitted America’s Enemies by Jason Fagone. We will discuss the video program and the book. 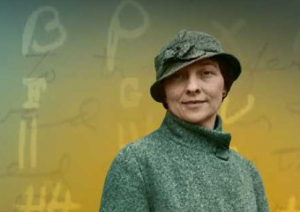 How does Elizebeth Friedman inspire you or young girls who might enjoy coding? We’ll discuss this fascinating book that begins at the Newberry Library in Chicago!

The codebreaker who spanned two World Wars and took down the rum-running Mafia during Prohibition, including Capone’s brother, single-handedly neutered the German U Boats’ wolf pack, and took down Nazi threats in South America that could have become a southern front against the US. In World War I she cracked the German’s codes. AND she did it with paper and pencil. She started this on the estate of billionaire George Fabyan in suburban Geneva. He had recruited her in the Newberry Library in Chicago. She learned her craft by trial and error. She often fought bias against women and was paid less. But because she was so talented, she was the one who was always called upon, and she often did her work in the shadows, rarely getting the recognition she deserved.

Here’s a link to the book, The Woman Who Smashed Codes, A True Story of Love, Spies, and the Unlikely Heroine Who Outwitted America’s Enemies

And here’s a link to the American Experience, The Codebreaker.

Watch for our Fall Programs 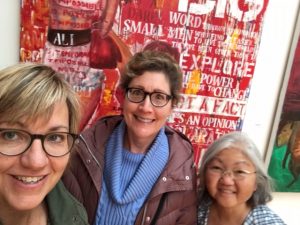